The Tony and Grammy award-winning performer is the fourth “Forum for the Future” speaker to be announced by Produce Marketing Association (PMA), each forum featuring a big voice on a big topic of industry interest.

Zambia -A new gateway for fresh produce trade into Africa

Fresh produce consumption is booming in Africa. It is viewed as trendy and healthy in the minds of the young and the middle class. But how accessible and efficient are current markets or retail outlets to sell fresh produce to a rapidly increasing...

Fresh produce trade in Africa boasts greater opportunities than ever before

At the conference, which was held on 15 and 16 August at the CSIR International Convention Centre in Pretoria, guest speakers shared their perspectives on the latest developments in the trade and investment environment for fresh produce in Africa. Th

Several major brands are taking a stance against honey fraud and adulteration by sourcing 100% of the honey used in their products from True Source Honey® certified suppliers.

The recent Listeria monocytogenes outbreak and the fake goods riot of Soweto raised many questions regarding the issue around the safety of food consumed in South Africa. This should drive all stakeholders in the food industry to ....

Media Statement by The Minister Health on Listeriosis Outbreak - which has officially been declared as over.

Due to the high volume of complaints received by the Department they are investigating these reports of fake food.

Statement on alleged sale of “Fake foods” in South Africa

The Department is noting with concern the food related videos that are circulating on social media about the alleged ‘unsafe’ manufacturing of certain fake foods in South Africa. Municipalities have embarked on special blitzes to inspect foodstuff so

In a first for South Africa, Dr Lucia Anelich (Pr.Sci.Nat.) has been elected as President-Elect of the International Union of Food Science and Technology (IUFoST), to become President in 2020.

dmg events is proud to introduce the most exciting b2b conference to the food and beverage market. From 27 – 28 September 2018, FoodNext.Africa will bring together startups, food innovators...

Following a worldwide product recall issued by the Hungarian Food Safety Agency, and purely as a precautionary measure, we are recalling our Woolworths Frozen Savoury Rice Mix product (6009173621740).

In line with a decision passed by the Hungarian Food Safety Agency dated 29 June 2018, Greenyard recalls frozen vegetables from its Hungary based plant, produced between 13 August 2016 and 20 June 2018.

The Fresh Connections Southern Africa Conference and Trade Show will be hosted by the Produce Marketing Association (PMA) on 15-16 August 2018 at the CSIR International Convention Centre in Pretoria.

Food24 is getting a new home

Food24, one of South Africa’s biggest online food platforms, will migrate to New Media on 1 October 2018 to become part of the agency’s growing food focus.

BSI, the business standards company, has published the revised international standard for food safety management. ISO 22000:2018 Food safety management systems – requirements for any organization in the food chain provides a framework based on best p

“Food safety is non-negotiable.” These were the words of Professor Pieter Gouws, Head of Microbiology at the Stellenbosch University when he opened the new microbiology laboratory at Eskort Limited last Wednesday.

The Government, led by the DoH, DAFF, the dti, the NCC) and the NRCS has been working tirelessly to control and end the listeria outbreak. Here is an update regarding the progress and achievements towards controlling and ending the Listeria outbreak, 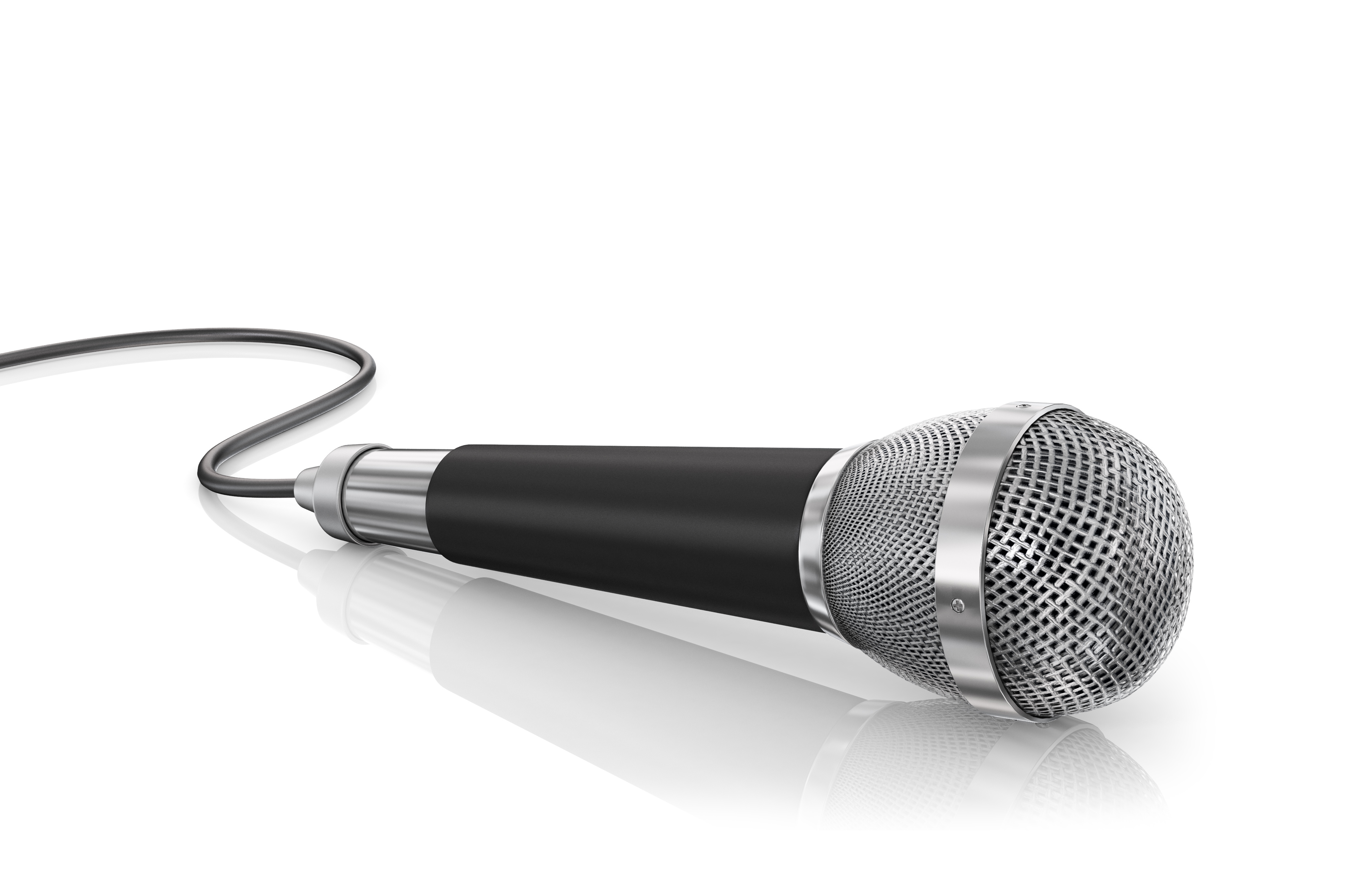 A new three-day conference, two exciting competitions and a host of free entertainment make this food and beverage show the highlight of the F&B year in South Africa

Globally, this is the largest outbreak of listeriosis that has been detected. Due to the potentially long incubation period of listeriosis further cases are expected before the impact of the food recall is observed. Following the identification of th

The role of DAFF in the listeriosis outbreak

The role of DAFF in the listeriosis outbreak

As the authority responsible for export facilitation of processed meats, Minister of Agriculture, Forestry and Fisheries’s visit to the Enterprise factory in Polokwane was in line with the department’s mandate of ensuring safe trade.

This document has been prepared to assist roleplayers in the South African dairy industry to proactively implement measures based on a pathogen control equation programme that is considered essential in the process of Listeria safe dairy production.

Vital Health Foods has issued an immediate recall of its Mini Corn Cakes and Mini Rice Cakes as a precautionary measure following an investigation into two consumer complaints regarding metal fragments found within the products.

Increase in Cases of Listeria Meningitis in SA

The NICD, NHLS, private and public sector laboratories have noted an increase in cases of meningitis due to Listeria monocytogenes across South Africa over the last few months with over 365 cases documented this year to date.

Cape Town | Progress Excellence, a leading provider of food safety training in South Africa based in Ceres in the Western Cape, is pleased to announce that their Food Safety Management ISO22000:2005 Lead Auditor course, based on FSSC22000 achieved CQ

Mérieux NutriSciences expands its offering in South Africa with the inauguration of new Microbiology Laboratory in George, Western Cape.

A look at food security in general

The biggest challenge facing South Africa is to provide in the food needs of all its citizens on a daily basis. A large percentage of people are unemployed and living on or below the breadline.

Johannesburg – A total of 92 locations have tested positive for highly pathogenic avian influenza (HPAI), also known as bird flu, the Department of Agriculture, Forestry and Fisheries has confirmed.

Minister Zokwana met with CEO’s and senior managers in the poultry industry in a closed meeting to find solutions and discuss mitigation strategies to the current Avian Influenza outbreak.

Minister Zokwana will on Monday afternoon 21 August 2017 meet with CEO’s from the poultry industry in a closed meeting to find solutions and discuss mitigation strategies for the current Avian Influenza outbreak that the country is facing.

On the 7th August 2017 another case of HPAI H5N8 was detected in a commercial layer farm in Mpumalanga Province in the Steve Tshwete Local Municipality. Control measures were applied and all birds culled.The first cases of HPAI H5N8 in Ostriches were

The latest update on the avian influenza outbreak in South Africa: The HPAI H5N8 virus was confirmed in two further locations in South Africa, bringing the total of affected properties to four. The new locations involved commercial layer chickens on

The government has introduced a raft of conditions on the trading of live chickens in an effort to contain the spread of avian influenza after an outbreak on two farms in Mpumalanga, where eggs were destroyed & about 260,000 chickens culled last week

The sale of live hens has been banned in South Africa after avian flu was confirmed at a farm in Mpumalanga, the Department of Agriculture, Forestry and Fisheries announced on Saturday. 'We have placed a general ban on the sale of live hens across t

The affected farm has been quarantined and culling of the affected animals has been completed. The department is conducting forward and backward tracing to trace movement of all poultry in and out of the farm in order to establish the source of the I

Cases of avian influenza on a farm in Mpumalanga have been confirmed‚ the Department of Agriculture‚ Forestry and Fisheries (DAFF) said on Thursday evening. This follows an outbreak of bird flu – as it is more commonly known - in Zimbabwe earlier thi

Janusz Luterek voted one of the worlds Top 1000 Patent Attorneys

Janusz Luterek, Pr.Eng of Hahn & Hahn IP and Technology Lawyers has been voted one of the worlds Top 1000 Patent Attorneys by the prestigious Intellectual Asset Management publication. 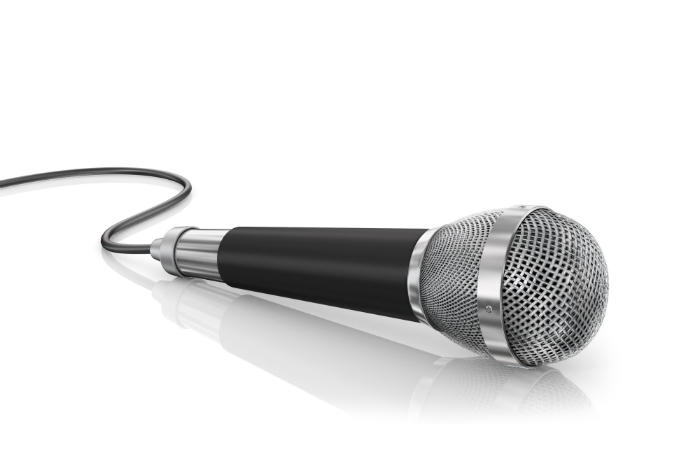 Be prepared against WannaCry Ransomware

May 2017 has seen the world's biggest cyberattack, affecting at least 150 countries and infecting over 300,000 machines in all types of industries. The food industry needs to be on alert too.

We encourage and support the use of sustainable raw materials wherever possible; whether it’s for making compostable food packaging or building homes. GreenHome is proud to have been the driving force behind the first township hemp building.”

For those of you who missed it, please find the transcript of our interview on Radio 786 on health & safety standards and legislation in the food industry, and consumer risk from pathogens such as #listeria and #salmonella in food facilities

Lloyd’s Register (LR), the global engineering, technical and business services organisation, has acquired Acoura, the UK’s leading compliance and safety specialists for the food and drink industry, to strengthen the market-leading position of LRQA’s

In the latest issue we share news of our activities in lobbying for food safety and supply chain standards awareness, welcome a new member company, celebrate Chilled Education reaching thousands of teachers and students with new teacing resources, an

Stay in touch by signing up to our newsletters, we will send you the latest industry information.