People are increasingly aware of the harm plastic waste causes to wildlife, and many would avoid buying single-use plastics if they could help it. But are the alternatives to plastic much better?

Let’s look at one example – fizzy drinks. You might assume that plastic bottles are the least green option, but is that always the case?

To find out, we compared five different types of pressurised drinks containers. We tested their environmental impact according to a range of criteria, including how each contributes to climate change and the pollution each produces during manufacture, use and disposal.

Here they are, ranked from worst to best.

It might come as a surprise, but glass bottles actually ranked last in our analysis. You might instinctively reach for a glass bottle to avoid buying a plastic alternative, but glass takes more resources and energy to produce. Glass making involves mining raw materials such as silica sand and dolomite, and that can release pollution which, when inhaled, can cause the lung condition silicosis.

High temperatures are also needed to melt these materials, a process overwhelmingly powered by fossil fuels. During production, the glass itself releases carbon dioxide. 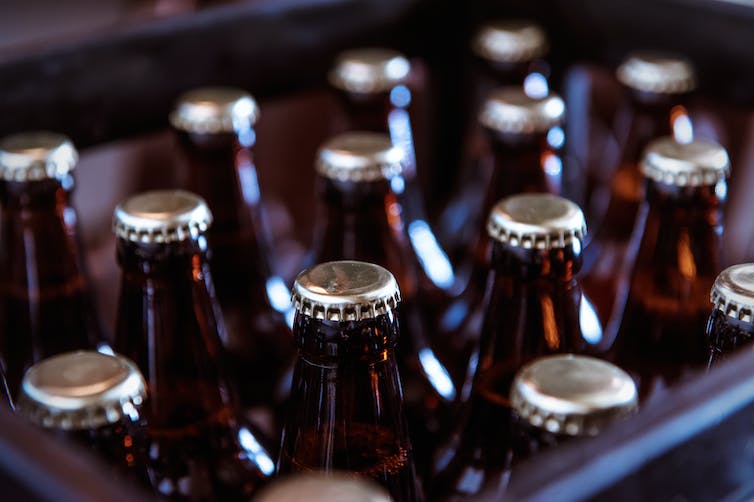 If a regular glass bottle is the worst, then surely those made from 100% recycled glass are much better, right? Unfortunately, no.

Some energy is saved in recycling rather than extracting, processing and transporting raw materials. But recycling glass still uses a lot of energy because of the high temperatures needed to melt it. More energy means more greenhouse gas emissions, and during the process, the glass may release carbon dioxide again.

In the UK, the recycling rate for glass is 67.6%. This would need to improve for glass bottle production to be self-sufficient by recycling alone.

In third place is the plastic bottle. Plastic has ideal qualities for containing drinks. It’s strong, resistant to chemicals (so the ingredients in your drink don’t degrade the plastic), and it’s lightweight, meaning more can be transported on less emissions. That gave plastic a significantly lower impact on global warming than glass in our analysis.

But the effects of plastic waste globally are well documented. Glass and aluminium don’t break up into harmful microparticles like plastic does.

Plastic recycling requires less energy due to the lower temperatures involved in melting the raw material. But plastic, unlike glass or aluminium, cannot be endlessly recycled. Each time it’s recycled, the chains of molecules that make up plastics are shortened. All plastic reaches a point when it can no longer be recycled and so becomes destined either for landfill, incineration or the environment.

In second place are aluminium cans. We found that they contribute less to global warming than glass and plastic because making them consumes less energy and resources. Cans are lighter than glass and aren’t made from fossil fuels either, like plastic.

Because of the processes involved in making them, cans also contribute less to environmental problems like acid rain and oxygen-free zones in the ocean. That’s because creating glass and plastic requires more electricity, and so it generates more sulphur dioxide pollution on average – a leading cause of acid rain. Making glass and plastic, and extracting the materials to make them (particularly soda ash for glass production), also releases more phosphates into the environment, which can overload rivers and coastal seas and deplete oxygen from the water.

But aluminium has its own environmental impacts. Making it involves refining bauxite ore, and mining bauxite can pollute water in the countries it’s sourced, including Australia, Malaysia and India. Rivers and sediment contaminated with heavy metals threaten the health of people and wildlife near mines. 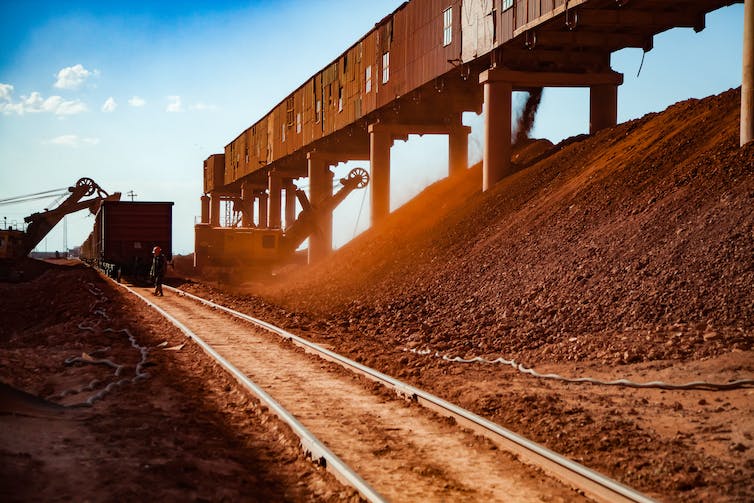 Bauxite exists in the topsoil of some tropical and subtropical countries. Alexey Rezvykh/Shutterstock

Recycled aluminium cans were the least environmentally damaging single-use container we looked at. Aluminium can be constantly recycled with no change in properties. Recycling an aluminium can saves 95% of the energy used to make a new can and no new material needs to be mined or transported.

But aluminium isn’t always recycled. The UK’s recycling rate for aluminium packaging is just 52%. This must be drastically improved to make recycling the main supply of new cans.

Even if some of these containers are better than others, all of them have an environmental impact. The best option would be to phase out single-use packaging entirely, and introduce a system of reusing containers. Think self-serve drinks machines in local shops, where you could fill a bottle that you bring from home, or bottle return and reuse schemes.

Reducing waste and reusing materials, where possible, should come before recycling something. By reusing bottles, we reduce the amount of single-use packaging that needs to be created, reducing waste and a whole host of global environmental problems.

This article is republished from The Conversation under a Creative Commons license. Read the original article.