New research entailing whole genome sequencing of campylobacter strains suggests that it mutates, with consequences for both detection and control of the pathogen. 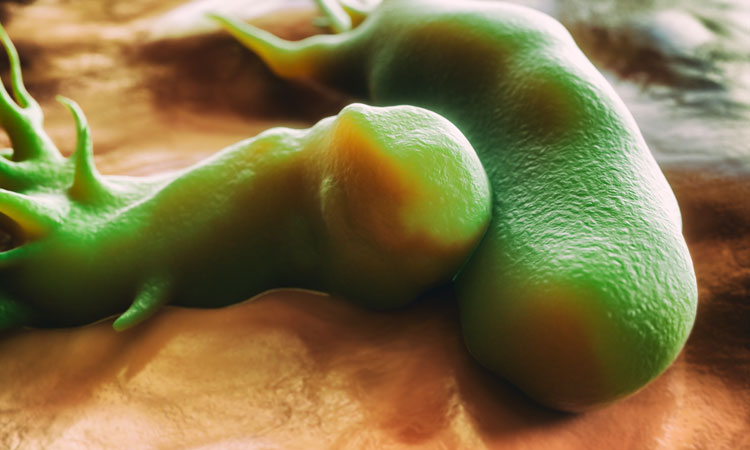 A food quality assurance manager’s job is never easy – but new research from the German National Reference Laboratory for Campylobacter in Berlin1 highlights the precise nature of why controlling disease-causing bacteria is so challenging: species mutation.

There are several species of Campylobacter, but C. jejuni and C. coli are the most common and the main causes of human gastroenteritis worldwide. This makes it a prime concern for the food safety industry.

The potentially fatal consequences of the disease have prompted armfuls of studies into the virulence mechanisms of the bacteria, in an effort to understand and hence control it. This latest research from the German Federal Institute for Risk Assessment, Department of Biological Safety, studied representative isolates from a large collection in its database and found that genetic sequences from C. jejuni and C. coli are co-mingling, with genetic material from each species being found in the other. This genetic mutation is preventing accurate identification by traditional means and goes a long way to explaining the pathogen’s continued prevalence.

The researchers explained that “the study entailed routine real-time PCR on more than 4000 C. jejuni and C. coli field strains, which identified isolates with ambiguous PCR results for species differentiation, in particular, from the isolation source eggs.”

Polymerase chain reaction (PCR) is a method that enables large-scale amplification of a particular piece of DNA, facilitating detailed study of the sample. The scientists identified the cause of the ambiguous results to be inter-species horizontal gene transfer, verified by the diverse origins of the samples – both in time and location.

They explained that “analysis via Ridom Seqsphere+ software using allele-based cgMLST of 1343 genes indicated that 29 C. coli hybrids were in majority unrelated.”

Most of the strains displayed a phylogenetically diverse origin. This was substantiated by different isolation dates, ranging from 2009 to 2018 and different isolation locations from six federal states of Germany. Taken together, these data indicate that horizontal gene transfer from C. jejuni independently occurred in the C. coli hybrids.”

However, they believe that the genetic introgression – ie, the movement of a gene from one species to another gene pool – does not occur at random, but happens as a result of adaptation to harsh conditions, prompting mutation for survival.

What does this mean for industry?

A method that has been widely deployed for typing of all of the priority foodborne pathogens is multilocus sequence typing (MLST), yet the researchers in this study identified a chink in its proverbial armour.

“Our data showed that MLST as (a) phylogenetic assay has limitations, since C. jejuni sequences were found in six of the seven housekeeping genes in the majority of “hybrid” strains. Hence, standardised typing methods should consider perturbations due to extended recombination activity in Campylobacter.”

News that pathogen identification may be difficult for these new hybrid Campylobacter strains will likely impact the work of detection labs, causing them to rethink their processes.

This research goes some way to explaining the continued widespread occurrence of Campylobacter outbreaks and highlights the need for industry to reassess the assays applied in its food safety regimes.


This article was published with permission from New Food Magazine, and the original article can be viewed here:
https://www.newfoodmagazine.com/news/106767/new-campylobacter-insight-demands-food-industry-action/